Hong Kong is probably the worst place for inter- or multicultural romanticism. Whoever believes that cultures, for instance Western and Far Eastern ones, are necessarily distinct entities will be disappointed here. HK rather suggests that singularity and similarity might as well be the two sides of the same coin. Exoticizing and othering tendencies have a hard time in HK, notwithstanding the persistence of difference. Especially HK island is a genuine transcultural place. The „inter“ in interculturality presupposes that there are still at least two distinct cultures and a void between them. The prefix „trans“ refers to „beyond“ and „through“, hence „transcultural“ suggests that we can go beyond given understandings of culture, that we can move through cultures. 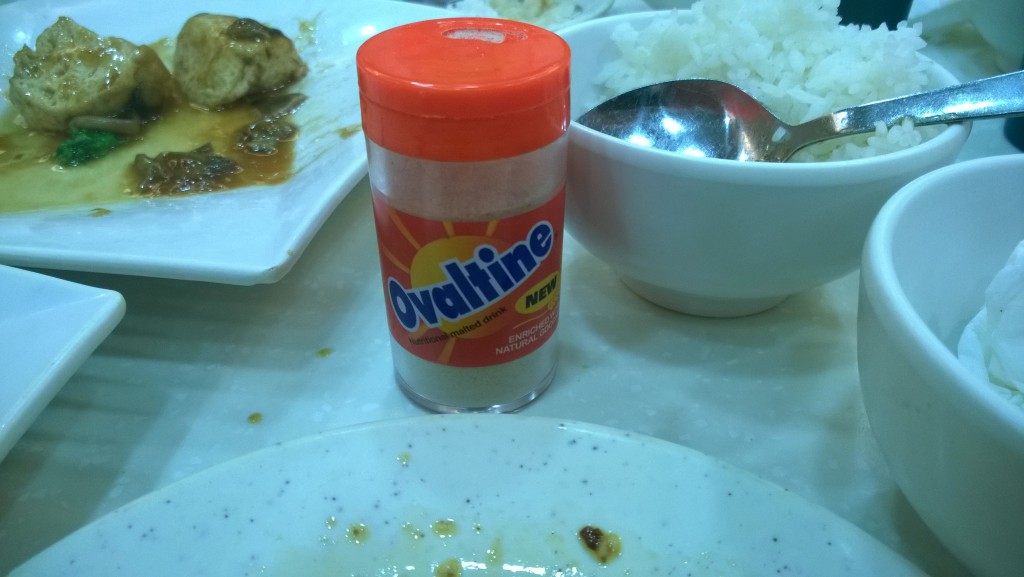 Colonial history, globalization, financial capitalism, and tourism have turned HK, using Homi Bhabha’s term, into a „third space“ beyond oppositional pairs such as „familiar and exotic“, „known and unknown“, „new and old“. What Kim Gordon writes bout HK in her autobiography Girld in a Band certainly still holds true: „Hong Kong was like nothing I had ever experienced before. […] I felt so overwhelmed by Hong Kong’s heat, chaos, clamor, and odors that I was convinced I would never—never—survive there a year.“ However, this experience is mitigated in manifold ways. At the airport, you get your Octopus Card which allows for fast and smooth payment anywhere in the city. You don’t get any stares in the streets as a white guy, you’re not being harassed. You float through the city easily via MTR. You always find someone who speaks English, globalization’s lingua franca. You discover some strange, but much more often strangely unstrange things: Ovaltine is one of them. (image 1) Or take this muscle car in Lockhart Road – a Ferrari just like any other Ferrari. With the slight difference that it seems to be a vegetarian or a Muslim one. (image 2). And how about this fountain on Statue Square? (image 3) It’s definitely a fountain, but the usual flow of water is inversed 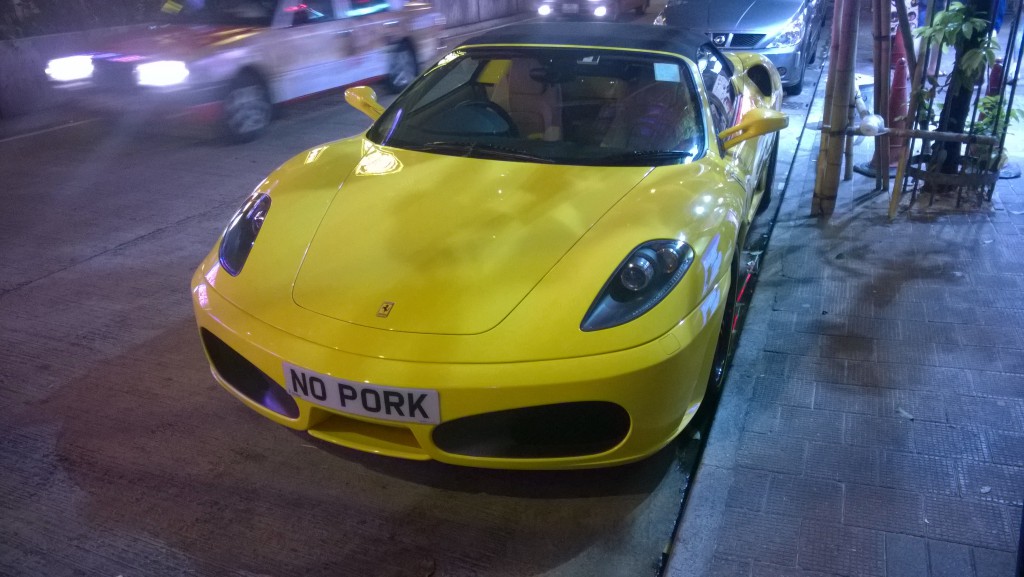 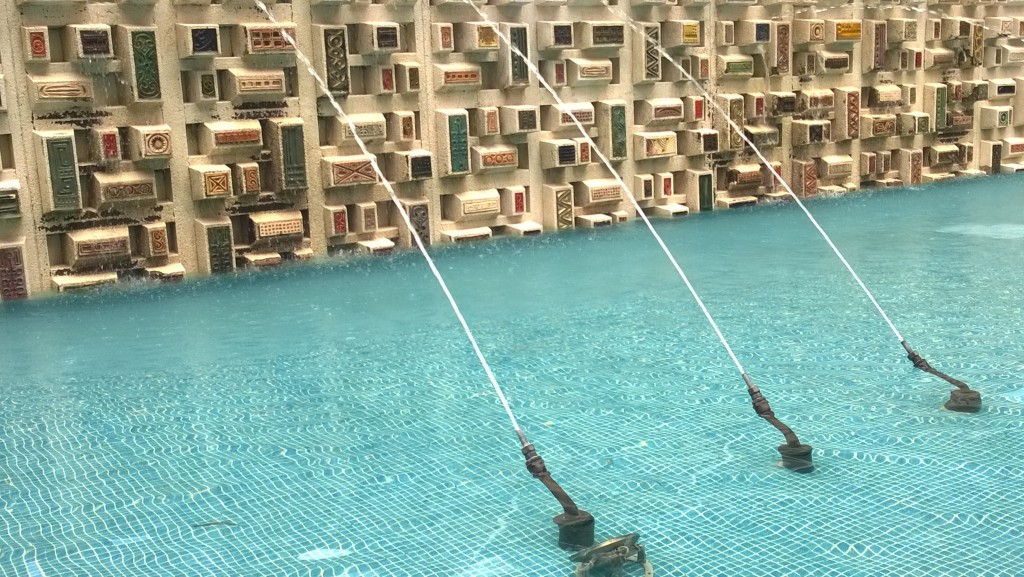 If transculturality means – and I subscribe to this – that „the differences no longer come about through a juxtaposition of clearly delineated cultures …, but result between transcultural networks, which have some things in common while differing in others, showing overlaps and distinctions at the same time“ (Wolfgang Welsch), then HK is indeed the genius loci for our program „Transcultural Collaboration“. HK is not about a (friendly) „clash of civilizations“ (Samuel P. Huntington). Instead, it has developed into a hybrid in the sense of Nikos Papastergiadis – „not confined to a cataloguing of difference. […] Hybridity is both the assemblage that occurs whenever two ore more elements meet, and the initiation of a process of change.“ Papastergiadi’s definition of hybridity as an „energy field of different forces“ is at the same time a suitable definition of HK.

That said, in my lectures in the Connecting Space during my two-week stay, I stressed that we need to transcend the narrative „Asia meets Europe“ and that we should leave behind the focus on ethnicity which has sneaked into the contemporary biennalized art system „through an unspoken policy of integrated casting“ (Kobena Mercer). Instead of focusing on cataloguing and trying to overcome alleged or factual cultural differences, we might also explore transcultural aspects in that which appears to be monocultural. 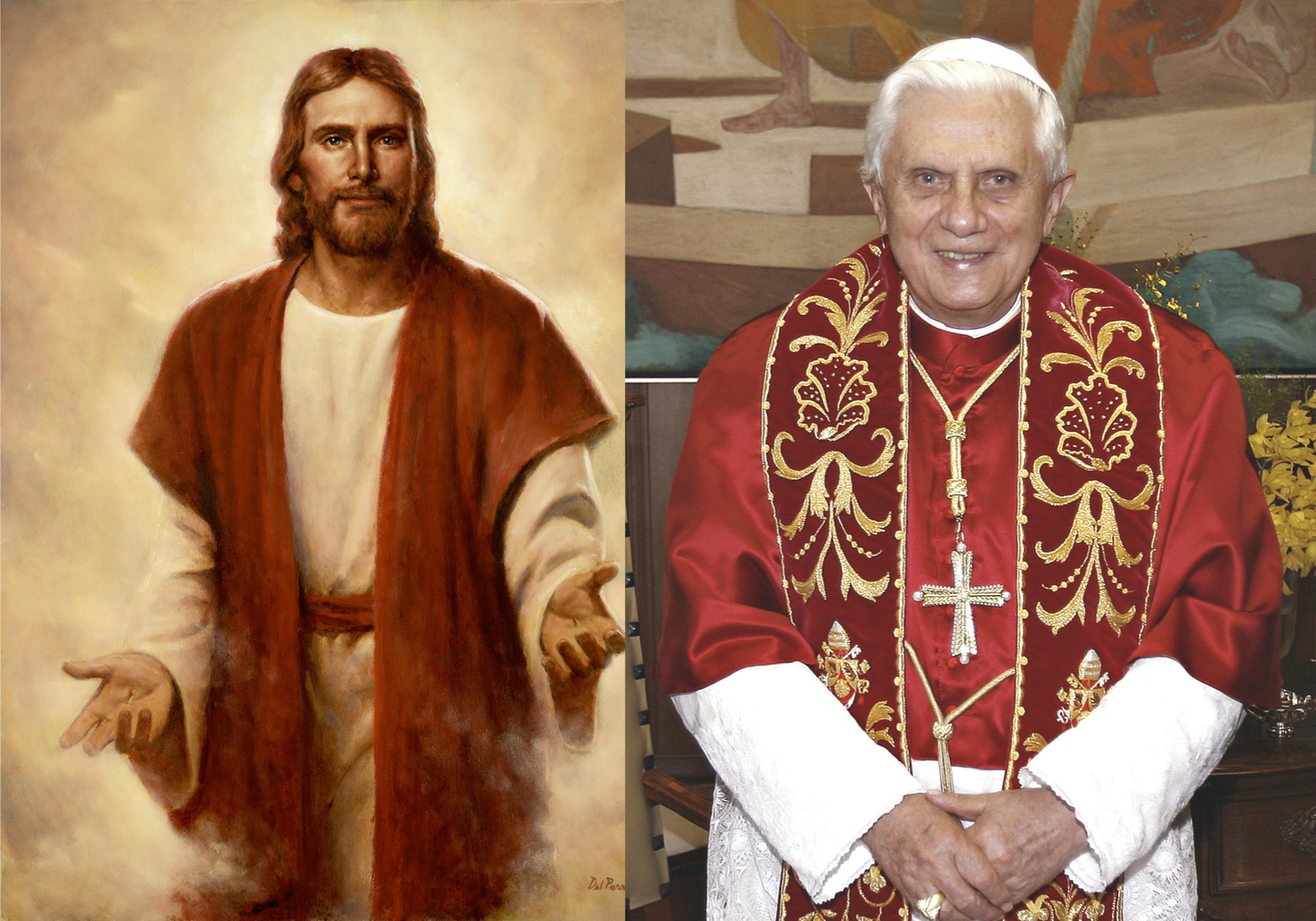 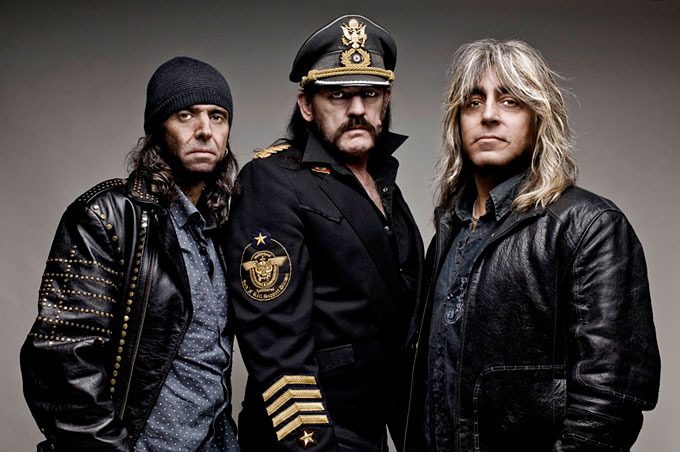 For instance Christianity. The Catholic church is inherently transcultural since, in the course of its development, it has incorporated a broad range of heterogeneous elements. If you compare Jesus Christ, a jobless, long-haired Hippie savior, with former Pope Benedict, a spooky head of state wearing Prada shoes, you get what I mean. (image 4)

Or think of Motörhead. (image 5) At first glance, this is the monocultural band per se. In fact, however, it is a fascinating hybrid of the interconnected but highly different (sub)cultures of blues, rock’n’roll, punk rock and heavy metal. Learning from HK means becoming aware that even while listening to „Ace of Spades“, one embarks on a journey across an archipelago of singularity and similarity, interconnectedness and difference. Thus, transculturality precedes and transcends the revival of ethnicity in globalization.

Jörg Scheller, art historian and head of BA Photography, Zurich University of the Arts, Switzerland was lecture guest at the Lecture Series on Transculturality.