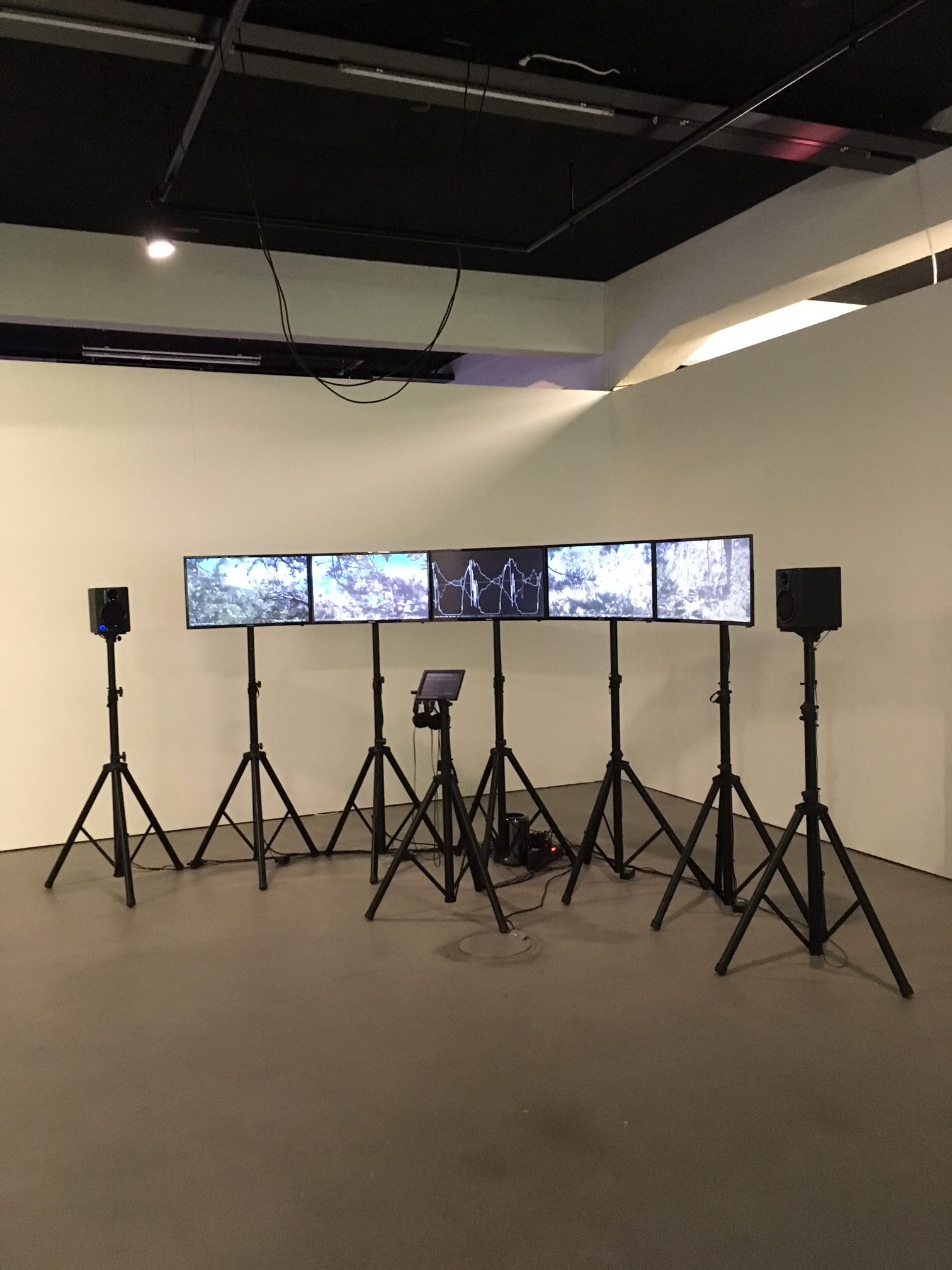 Art, New Media and Ecology After the Anthropocene

The exhibition Eco-Visionaries is dedicated to the topic of ecological change and presents artistic responses to current challenges. It investigates new media, technologies and techno-scientific methods in the arts and their significance for the perception and awareness of the “ecological.” 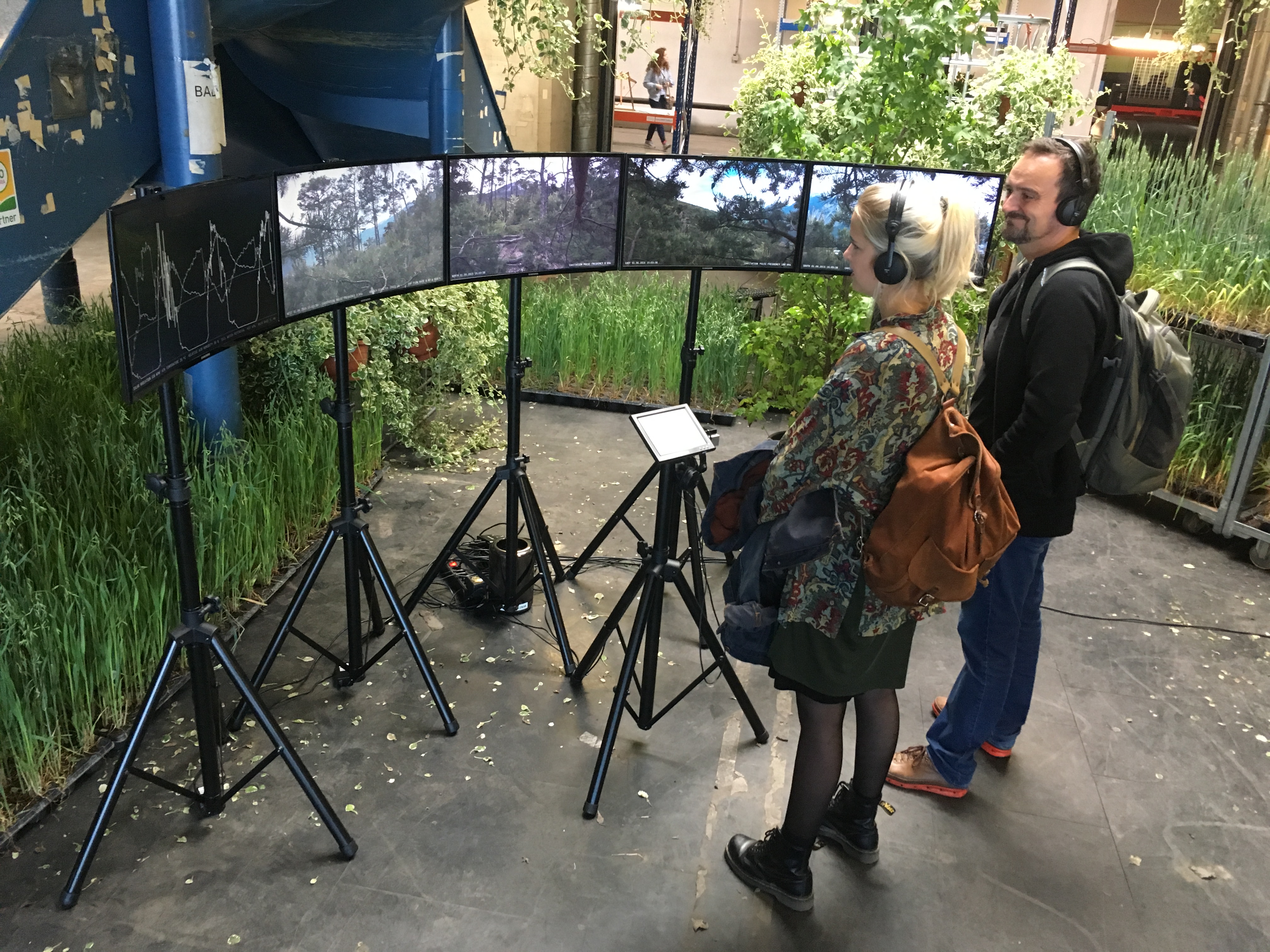 STARTS is a prize of the European Commission honoring Innovation in Technology, Industry and Society stimulated by the Arts. The prize is awarded at the Ars Electronica Festival in Linz (A).

„Science, technology and arts (STARTS for short) limn a nexus at which insightful observers have identified extraordinarily high potential for innovation. And innovation is precisely what’s called for if we’re to master the social, ecological and economic challenges that Europe will be facing in the near future. In this STARTS Prize initiative, the European Commission’s focus is on projects and people that can make meaningful contributions to this effort.

Here, art is assigned the role of catalyst that propagates scientific and technological knowledge and skills among the general public and triggers innovative processes. Accordingly, STARTS is emphasizing, on one hand, artistic works that influence or change the way we look at technology, and, on the other hand, very promising forms of collaboration between the private sector and the world of art and culture. A prizewinning project will be singled out for recognition in both categories.“(quoted from the STARTS site) 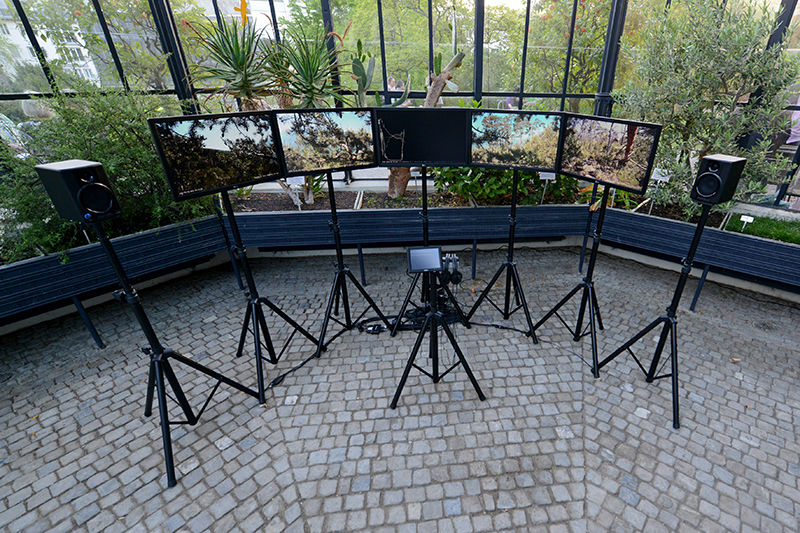 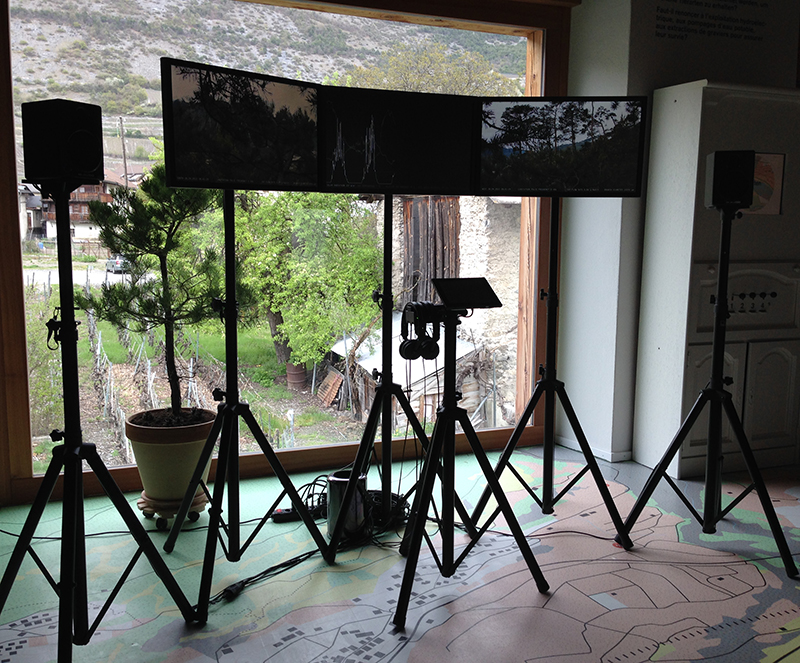 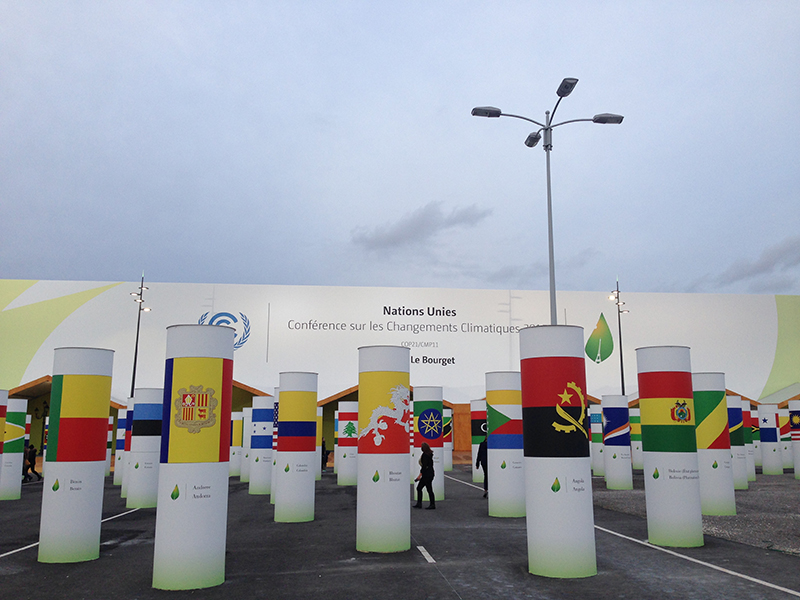 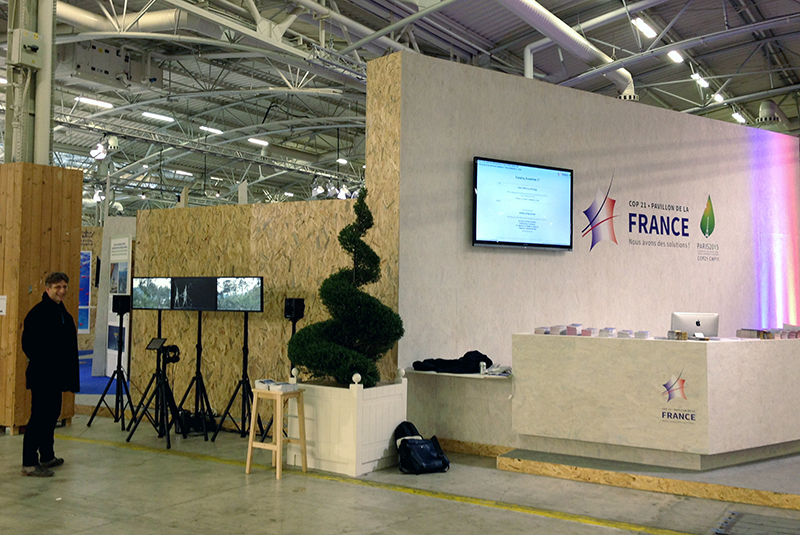 Our installation at the Pavillon de la France 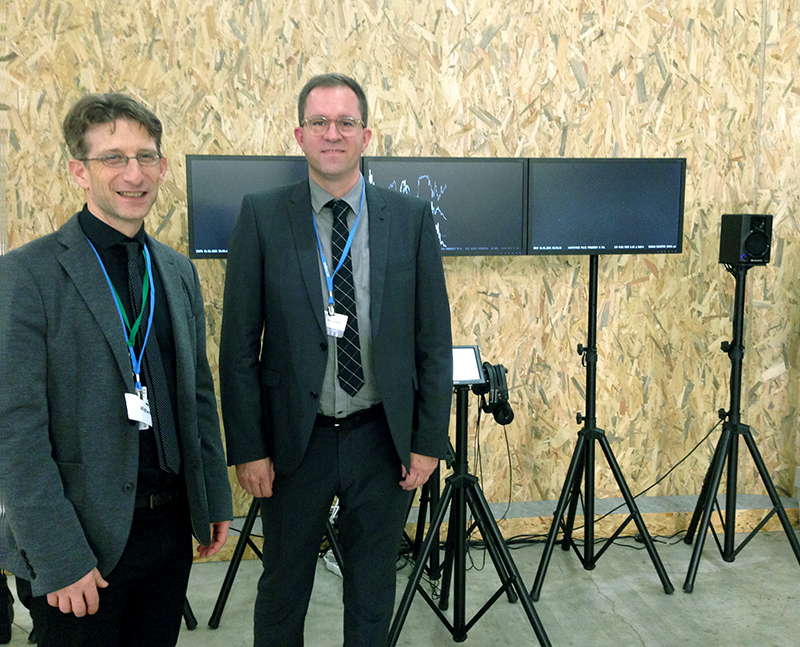 Roman Zweifel and Marcus Maeder in front of the installation 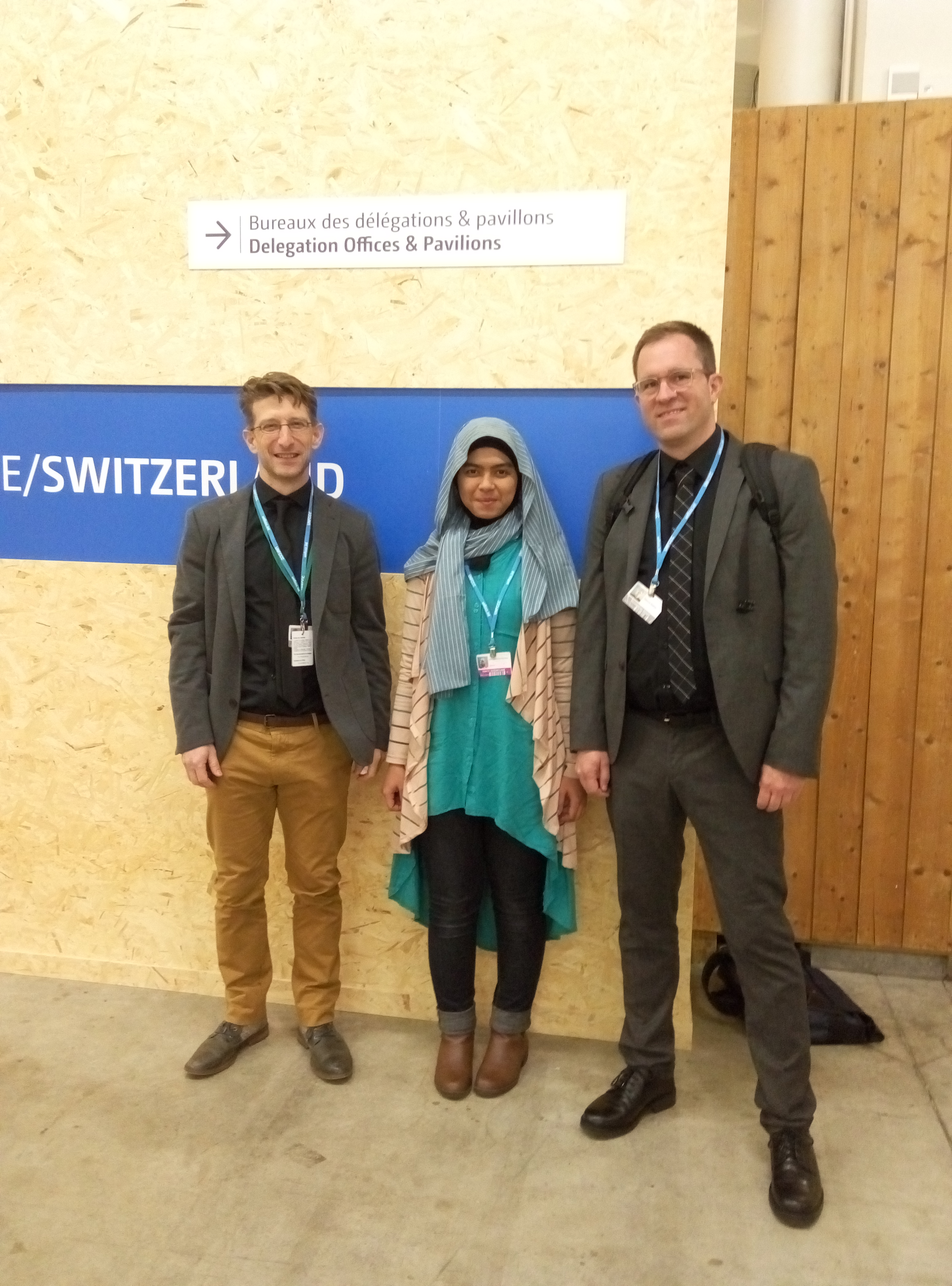 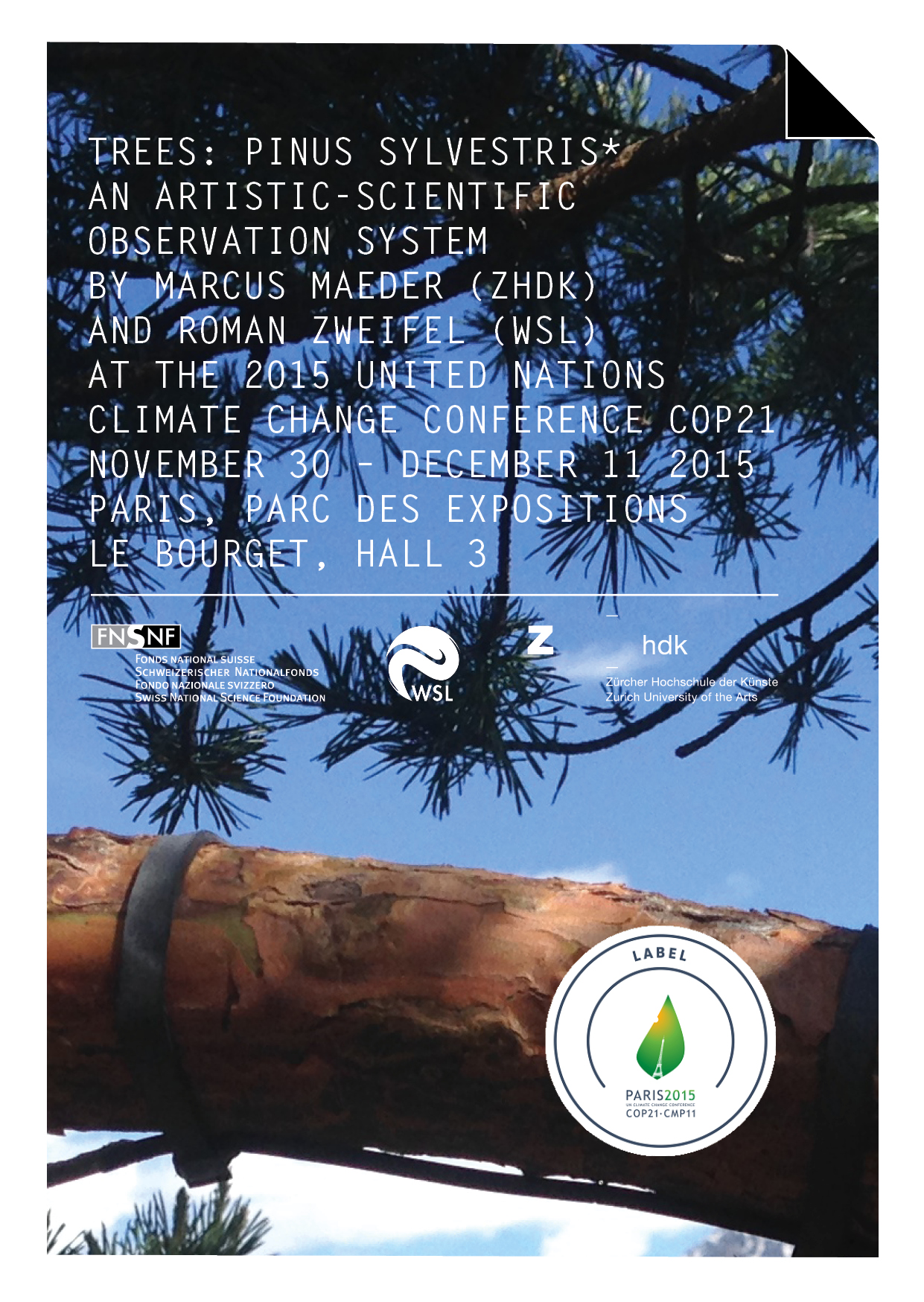 In our cooperation as an artist and a scientist, we work on experiments that address processes in nature, such as the direct or indirect effects of climate change, and reflect on them in a new, comprehensive, direct and aesthetic manner, introducing them to a communicative situation. The media art installation «trees: Pinus sylvestris», which is set up in the conference centre Le Bourgier in Hall 3, is the result of a research project funded by the Swiss National Science Foundation and conducted by the Institute for Computer Music and Sound Technology at the Zurich University of the Arts and the Swiss Federal Institute for Forest, Snow and Landscape Research WSL.

Que faire? This question, aimed at political ecology, which was posed by the French sociologist and philosopher Bruno Latour at the beginning of his book «Politiques de la Nature» (1999), occupies not only the representatives of member states of the UN Framework Convention on Climate Change, gathered for the Climate Conference in Paris: in recent years, the question of how the unmistakeable crisis of ecological awareness can be overcome has also become virulent in the field of art, especially in the younger disciplines of eco-art and bio-art, as well as in artistic research. In its narrowest sense, political ecology aims to direct the focus of the debate about environmental problems to social aspects, in particular how we define precisely what nature and environment are. Political ecology is concerned with how the environment is perceived and reflected, and where cognitive questions become political ones.

Art creates new materials of experience, it experiments with new ways of perception and observation and breaks with usual patterns of sensation and action, with outmoded social values. The arts reset the standards of enjoyment and appreciation, they «contribute more than anything else to determining the direction of ideas and endeavours in a society. Art provides the meanings in whose terms life is judged, assessed and criticised », said the American pragmatist John Dewey (1925).

The goal of our research project «trees: Rendering eco-physiological processes audible » is to connect sounds that occur in plants with eco-physiological processes and thus make phenomena and processes that are not normally noticeable audible in an artistic manner. The acoustic emissions in a tree in the Swiss Alps were recorded with special sensors, and all other non-auditory eco-physiological measurement data (e.g. the trunk and branch diameters that change depending on water content, the sap flow rate in the branches, the water present in the soil, air moisture, solar radiation, etc.) were sonified, i.e. translated into sounds. The recordings and sonified measurements were implemented in a number of different media art installations, which at the same time served as a research environment, in order to present and examine the temporal and spatial connections between plant sounds, physiological processes and environmental conditions in an artistic-scientific observation system.

Most of the sounds that occur in a plant arise due to drought stress. Thirsty plants make an inaudible noise; acoustic emissions from plants lead to conclusions on their state and on the environmental conditions. During our research project it became clear that our observation system could make another fundamental phenomenon tangible: namely, how plants react to ever-longer periods of heat and drought in the course of climate change. Our test plant, a Scots pine (Pinus sylvestris), is a species with a special problem. It is located in the Swiss mountain Canton of Valais. This valley has a very special topography: it runs from northeast to southwest, and its valley sides border the highest mountains in the Alps. Most precipitation falls on the northern or southern outer flanks and does not reach the interior of the valley. Valais is one of the driest regions of Europe and serves researchers as a model for examining the effects of climate change that can be expected in the Alpine region: long drought periods, an increase in the tree line, the melting of glaciers and thawing of the permafrost, extreme weather events and, as a result, forest fires and landslides. In addition, Valais is experiencing a change in vegetation: Scots pines are being displaced by the more robust downy oak (Quercus pubescens), which originates in the Mediterranean region.

Our observation system makes immediately tangible the eco-physiological processes that are connected to the creeping, climate-related disappearance of the Scots pine from Valais. When growth begins in spring, the tree still benefits for a while from the water reserves from the winter that are still in the soil. However, the many acoustic emissions that occur already in spring, during the growth phase, reveal a situation of immense stress in which the tree exists, because it must maintain the necessary turgor pressure in the cells in order to grow. If the water reserves in the soil have been exhausted, and there has been no precipitation in the meantime, the tree reacts by restricting its transpiration and growth, in order to protect itself from dehydration. If periods of heat and drought become ever-longer as a result of climate change, trees will become susceptible to diseases and parasite infection – and will die early.

The reconstruction and staging of the life processes and environmental conditions of a tree in an artistic-technical environment has led to a completely new field of research and design for all those involved, with an innovative instrument: correlations of measured values and patterns in natural processes become aesthetic effects – abstract measurement data are reflected in images and sounds. The image of nature produced with digital technology demands an artistic nuancing of the acoustic and visual presentations, so that, for example, the variety of sounds present in the system do not disturb or overlap each other. Therefore, data must be interpolated and filtered, in order to be able to experience individual processes.

Another important point in our project emerged ever more clearly during the research work. The «trees» project is concerned with the production of a new form of holistic knowledge that is not conveyed merely via the verbalisation of findings in a research report, but rather in a directly tangible auditory and visual (medial) form. The intention of the implementation of our artistic-scientific observation system is to create an all-encompassing experience from very different and complex data sets, and thus to draw a holistic picture of the life processes and environmental conditions of a tree that is under pressure from changing climatic conditions. The balance between the knowledge and practices applied is key – the artistic imagination of scientific objects must receive the same attention as the scientific foundation of the aesthetic objects.

The great success of the project in the media and among political representatives is due to the fact that we have managed, in an artistic-scientific manner, to make it possible to grasp processes that are not usually noticeable and thus create a multifaceted, direct and comprehensive experience of natural processes. Our image of nature, in particular our perception of the plant kingdom, is still dominated by a perspective that treats life processes like the mechanistic functions of inanimate objects. Yet the animate object often reveals itself only by means of a change in perspective, a reduction in distance and the suspension of differences (between human subjects and natural objects). Present-day media technologies place us in a position to experience and interpret nature and natural objects and processes anew, in an immersive situation.

We hope that we have demonstrated, with our research work and the art installations created in the context of «trees», how political ecology can be manifested in aesthetic and artistic-scientific action. As Latour rightly said, in an updated and more potent political ecology we must step back from the idea of a «preservation of nature» and refrain from using the term nature itself, which creates a difference between society and the environment. That which is commonly known as nature should rather be integrated into our social and political thoughts and actions with a new terminology and richer emotional references. This is only possible if we create new experiences of connections in our environment. Mere access to natural resources would then be confronted by the release of nature’s potentials, indeed perhaps the discovery of a subjectivity of nature, where we – in line with the thoughts of Jürgen Habermas (1968), «expect subjectivity of the animals and plants, even the stones» at the level of a (probably always incomplete) inter-subjectivity, and encounter it as an opponent in possible interactions. 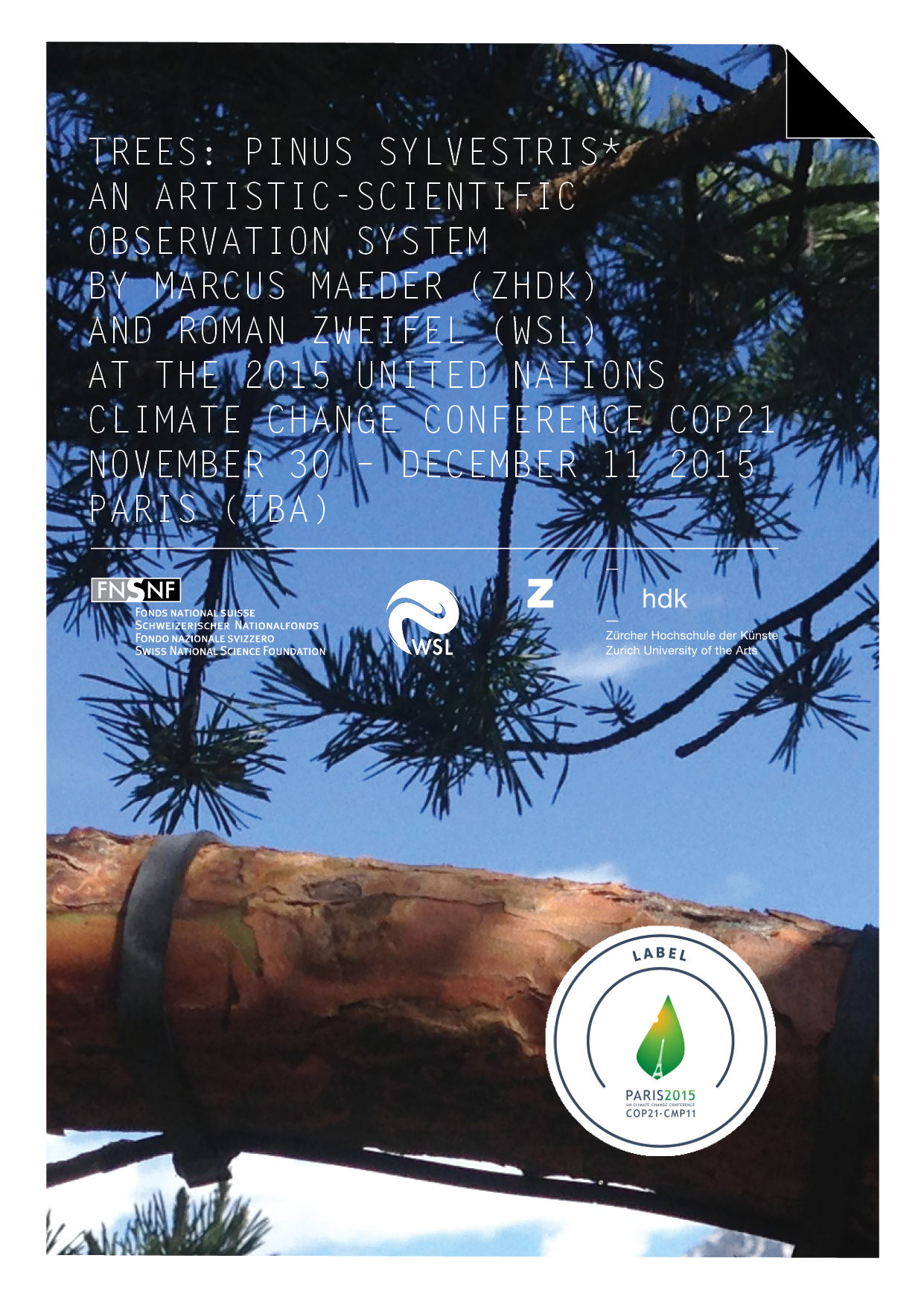 The installation ‚trees: Pinus Sylvestris‘ will be presented at the United Nations Framework Convention on Climate Change, 21st Conference of the Parties in Paris, on invitation by French President François Hollande. Read our brochure.

ICST’s Immersive Lab will be exhibited in San Diego and San Francisco (in partnership with swissnex San Francisco) in fall 2015: 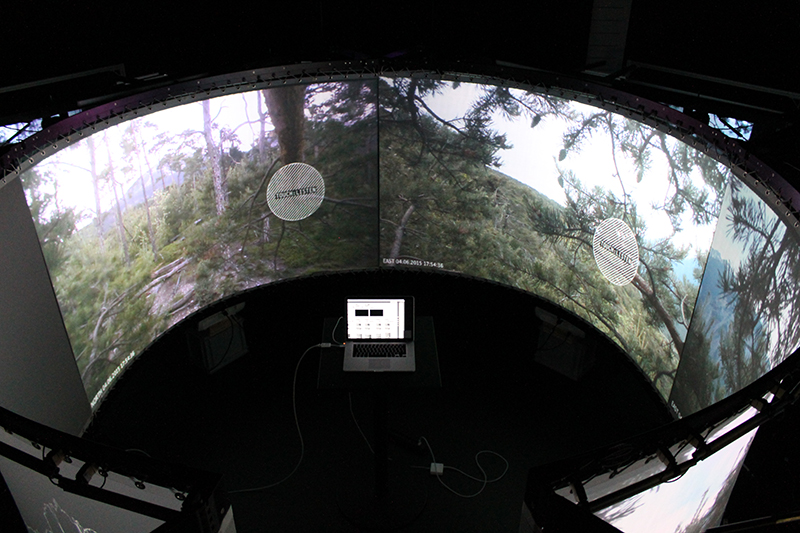 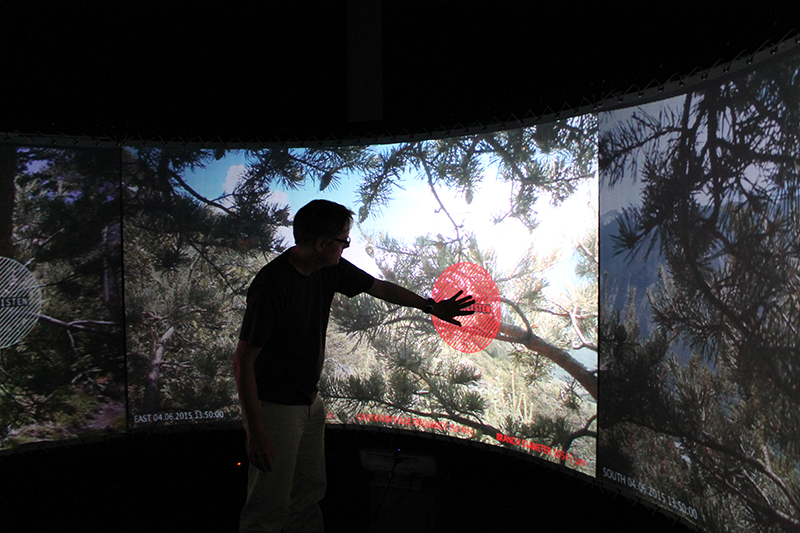 Interaction: Touching the tree’s branches makes the acoustic emissions of the plant audible. 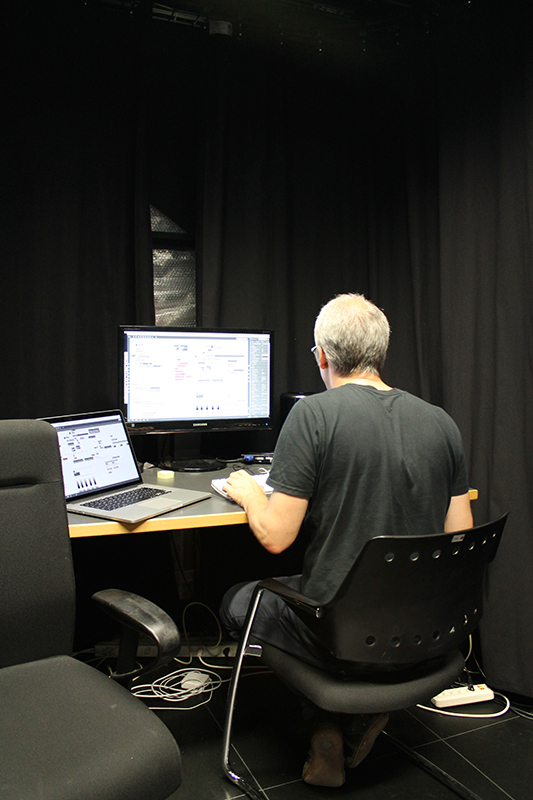 Thomas Peter finishes the new software for the Immersive Lab.

A Visit from Austria