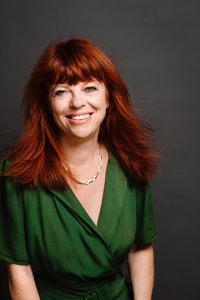 Vinca Wiedemann graduated as a film editor from National Film School of Denmark, but she soon moved into script development. As film commissioner at the Danish Film Institute and artistic director of New Danish Screen, she was responsible for granting development and production support to numerous feature films and was instrumental in the rise of Danish cinema. Vinca is an internationally esteemed script consultant and story supervisor for directors e.g., Lars von Trier collaborated closely with her on his scripts for Melancholia and Nymphomaniac, and she is now working with Thomas Vinterberg on his first tv series. She was Director of The National Film School of Denmark for five years, serves internationally as member of think tanks, film juries, keynote speaker and as a tutor and lecturer on artistic collaboration and film issues linked to the development process, innovation, education, and film policy.

During the conference, virtual production tools can be tried out hands-on. For example, guiding the virtual camera in a virtual reality environment, camera work with projected 3D backgrounds, or collaborative previsualization work at the cineDESK (cf. video above).