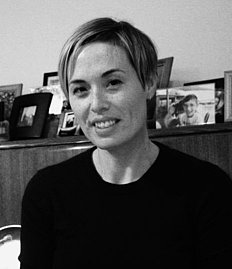 Megan was awarded the Best Doctoral Thesis Prize in the Faculty of Arts and Social Sciences at UNSW in 2011 for her Ph.D. thesis titled Performing History, Troubling Reference: Tracking the Screen Re-enactment. She has also been awarded the Mari Kuttna Memorial Prize for Film Studies and the English Association Prize for Best Long Essay in English Literature by the University of Sydney. Her research interests include debates about referentiality in contemporary film theory; representations of the past in Australian cinema; re-enactments, remakes and pirating in the early American cinema; and the cinema of Ritwik Ghatak. Her research is published in a range of journals and books including Screening the Past and the 24 Frames series for Wallflower Press.