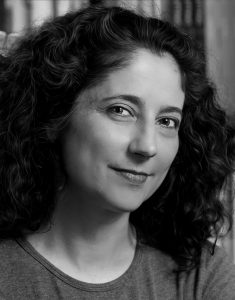 Karen Pearlman is a senior lecturer in Film Practices and Production at Macquarie University, (Sydney, Australia), and a director of the Physical TV Company, through which she has developed, produced, directed or edited numerous award winning short films. Karen is the author of Cutting Rhythms, Intuitive Film Editing (Focal Press, 2nd ed. 2016) which is based on her doctoral thesis. Her articulation of ideas about editing are published in scholarly journals and also in widely viewed videos made in collaboration with the ‘This Guy Edits’ channel. Karen’s recent film, Woman with an Editing Bench, inspired by the work of Jelisaweta Swilowa, the editor and wife of Dziga Vertov, won the ATOM Award for Best Short Fiction, and the Australian Screen Editors’ Guild Award for Best Editing in a Short. Her 2014 half hour documentary …the dancer from the dance was a finalist for an Australian Dance Award for Outstanding Achievement in Dance on Screen, and also a finalist for an ATOM Award for Best Arts Documentary.