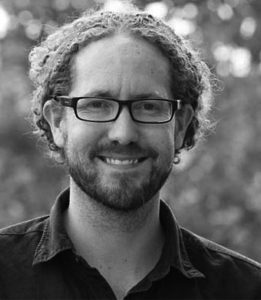 Tim J. Smith is Reader in Cognitive Psychology in the Department of Psychological Sciences at Birkbeck, University of London. He studied Artificial Intelligence & Psychology at the University of Edinburgh and has a PhD in Cognitive Science in which he developed an Attentional Theory of Cinematic Continuity. He is the head of the Cognition in Naturalistic Environments (CINE) Lab where he and his students investigate visual cognition in the context of naturalistic visual scenes. How do we attend to, perceive, encode in memory and reason about complex visual scenes? A specific focus of the lab is understanding how viewers make sense of the highly artificial patterns of light projected on the cinema screen and how cinematic techniques shape our minds and emotions.

For more details refer to the Birkbeck web site.

> Contribution to ZDOK.18 | > Exploring the Cognitive Foundations of Cinematic Continuity