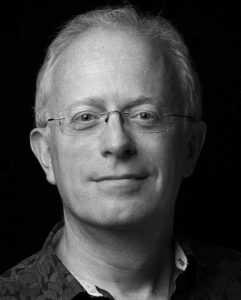 Michael Gunton is the Creative Director of Factual and The Natural History Unit for BBC Studios. Within this role, Mike works as an executive producer on many BBC titles, acts as an ambassador for BBC Studios internationally, and is responsible for bringing new stories and techniques to audiences globally. Mike joined the BBC in 1983 working within The Open University’s and Children’s TV, before moving to the Natural History Unit to work on Trials of Life. Mike quickly established himself within the NHU, developing the ‘People and Animals’ output, running the Natural World Strand and overseeing over 150 wildlife films, including the critically acclaimed series; Yellowstone, Galapagos, Life, Africa, and Life Story. Mike’s series all come with his own stamp of innovative storytelling, that use unique perspectives and pioneering technology to bring audiences memorable, high impact programmes, evoking wonder, fascination and empathy for the natural world. Many of Mike’s projects have gone on to win accolades across the world, including BAFTA’s, Emmys and RTS awards and last year he was awarded an RTS fellowship in recognition of his contribution to Television. Mike was responsible for the record breaking Planet Earth II, winner of 4 BAFTAs and 2 primetime Emmys, including best specialist factual series and best documentary series. His most recent project, the ground breaking series – Dynasties, aired on BBC1 in Autumn 2018 and was the BBC’s most successful factual programme of the year.