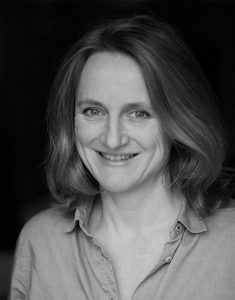 Susanne Schüle is a cinematographer for feature-length cinema documentaries that have won awards at numerous international festivals, including the top prize at the Vision du Réel in Nyon, the “Goldenen Taube” in Leipzig and the German short film award “Goldene Lola”. For “Absolut Warhola” (directed by Stanislaw Mucha), she received the Camera Award at the International Documentary Film Festival in Leipzig and the Adolf Grimme Award for “images that are as enchanted as they are realistic, as grotesque as they are loving and yet also merciless.” Her current camera work on the film “Cows on the Roof” (directed by Aldo Gugolz) was awarded with the Jury Prize for the “most innovative feature-length film” at the 2020 Vision du Réel in Nyon and received the 2020 “Innerschweizer Filmpreis“ from the Köchlin Foundation.

She has been a member of international juries of documentary film festivals several times, is involved in the cinematographer network CINEMATOGRAPHINNEN and is a member of the German Film Academy.

Since 2009 Susanne Schüle has been a professor in the cinematography program at the Film University Babelsberg Konrad Wolf and is responsible for camera training in the documentary genre. In her documentary workshops, a wide variety of shooting techniques from analog film to 360 degrees are used and students are encouraged to explore social and societal issues.