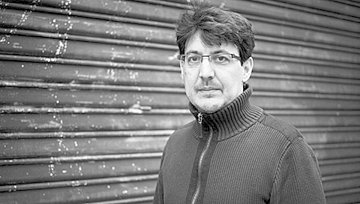 David Dufresne is a journalist, film maker and transmedia pioneer. FORT McMoney his current documentary online game, wich was produced by the National Filmboard of Canada has won multiple international prices. The New York Times called his work “a marriage of the film and the video game”. In 2010 Dufresne worked as author and co-director on PRISON VALLEY. This interactive web documentary was awarded the World Press Photo 2011 (Best interactive non-linear work). The French native lives in Montreal with his family and has worked as Artist in Residence at the Open Documentary Lab at the MIT in Boston.