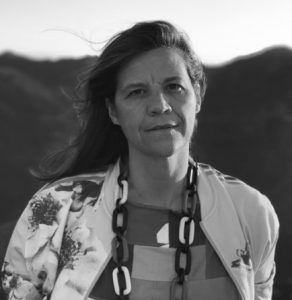 Kirsten Johnson is currently grappling with her father’s dementia and the state of the planet by making a comedy about death. Her film Cameraperson premiered at Sundance 2016, was short-listed for an Academy Award, won the National Board of Review “Freedom of Expression” prize and was named one of the “Top Ten Films of 2016” by The Washington Post and The New York Times. Her short film The Above premiered at the 2015 New York Film Festival and was nominated for the IDA Best Short of 2016. Kirsten’s camerawork has appeared in the Academy Award-winning Citizenfour, Academy Award-nominated The Invisible War, Tribeca Documentary winner, Pray The Devil Back To Hell, and the Cannes Palme d’Or winner Fahrenheit 9/11. She is curious about the future of image literacy, the nature of subjectivity, and believes in cinema.

> At the ZDOK.19 conference, Kirsten Johnson talks about her film Cameraperson and discusses her work with Mirjam von Arx (director and producer of Virgin Tales, 2012)

(as director)
(as cinematographer)