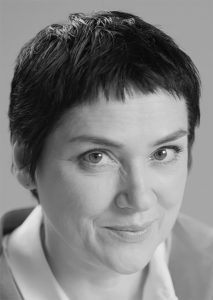 Mirjam von Arx worked as an editor and freelance journalist for various German-language magazines for 18 years. In 1991, she moved to New York and together with Polo Hofer produced the road movie Bluesiana. Next to regular contributions for the Swiss television, von Arx produced two documentaries for SRF and Sat1. In 2001, she moved to London and started filming the documentary Building the Gherkin. In 2002 she founded the production company ican films gmbh and released the documentaries abXang in 2003 and Building the Gherkin in 2005. The documentary Seed Warriors was released in Swiss cinemas in summer 2010 and was nominated for an International Green Film Award at the Cinema for Peace Gala in Berlin in 2011. Her next film, Virgin Tales, which premiered in spring 2012, was nominated for the Maysles Brothers Award at the 2012 Starz Denver Film Festival and awarded with the Zurich Film Prize in 2012. As a producer, she collaborated with Thomas Haemmerli on his two films Seven Dumpsters And A Corpse, as well as I Am Gentrification. Confessions of a Scoundrel. As an auteur producer she has recently shot her next feature film The Scent of Fear, the winning project of the 7th CH-Dokfilm-Competition of Migros-Kulturprozent. The Scent of Fear premiered at 56. Solothurner Filmtage this year.