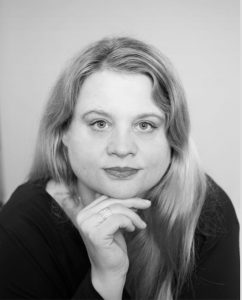 Eva Vitija was born in 1973. Since her screenwriters Studies at DffB (Deutsche Film- und Fernsehakademie, Berlin) in 2002 she has been working as a screenwriter for television and cinema, in Switzerland and Germany. She wrote many screenplays for full-length feature films, TV-Movies and TV series. In 2015 she made her first feature length documentary as a director as part of her Master Studies in Documentary Directing at Zurich University of the Arts, ZHDK: “My Life as a Film” was nominated for Best Swiss Documentary 2017 as well as for First Steps Award Berlin and an Award of International Documentary Association IDA, Los Angeles. It won the Prix de Soleure (Solothurner Filmtage) as well as the Zurich and the Basel Film Prize in 2016. Eva Vitija is part of the artistic research team of the practice-led, comparative research project: “Gadgets, Phones and Drones” at Zurich University of the Arts.

> At the ZDOK Special conference, Eva Vitija, Stefan Dux and Miriam Loertscher (researchers on the ZHdK project Gadgets, Phones and Drones) will give insights ino the methodology, challenges and outcomes of the documentary project that applied a mixed methods approach.