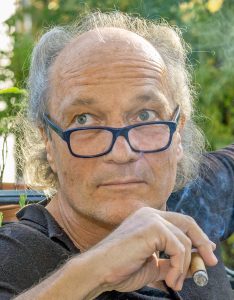 Swiss director and producer Christian Frei is considered one of today’s most compelling documentary filmmakers. He was nominated for an Academy Award with WAR PHOTOGRAPHER (2001) and won the World Cinema Directing Award at Sundance with SPACE TOURISTS (2009). His latest film GENESIS 2.0 (2018) screened at more than 70 festivals and scooped 12 awards, including an award for best cinematography at Sundance. Frei is the president of the Swiss Film Academy and lecturer at the University of St. Gallen.