In this research project the artistic potential of simultaneously experienceable perspectives in Virtual Reality (VR) and Spatial Augmented Reality (SAR) is investigated. In a room that is transformed into an adventure landscape by means of image projections, part of the visitors use VR goggles and immerse themselves in a subjective experience, while the other part experiences the scenery from a spectator position. The VR users find a task in their world that they try to solve together. Based on their behavior, they are perceived by the other participants as actors in a performance. The interplay of these different perspectives creates scope for new practices and forms of expression in Extended Reality (XR).

The following pairs of opposites serve as parameters for exploration:
– Storytelling vs. Game Mechanics
– Virtual vs. Augmented
– Virtual vs. Real
– Binaural vs. Spatial Audio

The explorative research focuses at the interfaces defined by the pairs of opposites above. Through them, differences in perspective, shifts in perception, and the extent of interactivity can be shaped and controlled. The primary goal is the development of prototypical unique solutions in limited subareas. An extensive production, which includes the interaction of all components, will be implemented in a medium-term time frame.

The Helium Drone project seeks to explore the aesthetic properties of installations based on floating devices that can autonomously navigate in space. In its complete state it will be a flocking swarm of diverse drones in different forms and shapes, each behaving in its individual way and interact with each other and the spectators on the ground. It will use the tracking system for location and navigation and the projection mapping system to wrap them into dynamically created ‘skins’.

A technological groundwork is laid out, with the goal to design a framework to quickly prototype and build helium drones with different shapes and propulsion concepts that integrate easily with the current technical setup of the IASpace. This involves the research for suitable materials and processes to build the floating volume, design of mechanical structures, electronics and network protocols, the evaluation and testing of motor and servos and the integration of motion and sensor data for autonomous flying capabilities (among many other things).

Involving many different skills, from designing and building physical structures to programming behaviors and creating interactive textures that are projected onto the creatures, it will be attractive to a wide spectrum of disciplines and a playground to experience multidisciplinary teamwork. There will also be an open source toolkit with instructions that can be made accessible to the public.

cineDesk is a versatile previsualization tool that provides real-time simulations for the development of film scenes, VR experiences and games in 3D spaces. In the preproduction process of films, cineDesk primarily supports scene blocking and lighting previsualization. Directors, cinematographers and production designers can collaboratively explore how space, props and acting, are translated into cinematic sequences. The positions and movements of the virtual actors and the virtual camera in the 3D space are rendered in real time into 2D videos with the help of the Unreal game engine. This allows staging and visualization ideas to be explored interactively as a team. And, by means of virtual reality goggles, the virtual 3D space can be entered and experienced directly.

cineDesk, is a further development of the Previs Table, which goes back to cooperation with Stockholm University of the Arts. The actual research focuses on advanced features and multiple applications (e.g. for gaming, stage design, architecture etc.)

The Umbrella Project is an ongoing research project that explores the use of 3D audio and projection mapping to achieve a sense of immersion without isolating participants from the real world, essentially, enabling an imaginary fantasy world to come to life in our own. We employ multiple levels of 3D audio and projection mapping (both directly within and on the umbrella, as well as throughout the room itself) in order to transport the participant into this virtual world.

The end goal of the project is to create a series of navigable compositions in the form of exploratory sonic worlds, as well as intereactive experiences where the participants’ behaviours (relative to each other and the world) shape the sonic and visual environment. Furthermore, we are investigating sonic and visual paradigms where the umbrellas can function both as objects existing in and can interact with the virtual world, as well as being windows onto these other worlds.

Naturally, these environments are best experienced from directly underneath the umbrella, where one can best appreciate the various levels of MR.

A spin-off of The Umbrella Project was presented at the REFRESH conference: An installative performance with the title A Day at the Beach.

The goal of is to develop a simple production pipeline to create photorealistic digital humans for Virtual and Augmented Reality applications. The project includes a workflow optimization from 3D capturing to body and face rigging and real time animation by means of motion and performance capture. One of the prototypes is the digital twin of Stella Speziali, a research associate of the Digital Human Group.

This artistic research project focuses on the interplay of presence and absence of real dancers and virtual characters. It is based on augmented projection mapping, motion capture and movable stage elements. Dancers disappear behind stage elements while their avatars are projected on these elements. When the dancers step from behind the elements, their virtual characters vanish immediately. This principle is varied, when the body of a dancer is only partially hidden by an element. In this case, the spectators witness a figure who is half avatar and half human being.

Further variations of presence and absence are made possible with stage elements that allow dancers to walk or jump through the walls made out of elastic ribbons. Thus, the avatars appear immediately when the dancers are covered by the ribbons and vice versa.

The technical setup includes a motion capture system with a large tracking space that also covers non-visible areas of the stage. Furthermore, a projection mapping system with multiple projectors and a performative 3D mapping software is needed as well as game engine that guarantees real time performance of up to eight virtual characters.

The project ‘Presence and Absence’ is connected to the workshop and performance Dancing Digital.

The research project “Virtually Real – Aesthetics and the Perception of Virtual Spaces in Film” is the first IASpace project to be financed by third-party funds. The project concerns itself with the increasing virtualisation of film production, focussing on the transition to 3D recording of real environments and objects using laser scanning and photogrammetry. For a comparative study, short feature films will be recorded both virtually (in previously scanned 3D spaces) and conventionally (in the corresponding real spaces). The film variants are used to investigate the effects on perception and changes in work processes.

The aim of the project is to develop a versatile co-location multiuser system, with which several users can dive into virtual worlds together in the same room. The system can be used for many different areas. As a multiplayer game in which the users feel even closer to their fellow players through increased physical presence. As a virtual film set to try out camera movements or interactions of actors without much effort. Or as an interactive experience that transports the user into a new dimension of immersion.

The co-location multiuser system can be used wherever the headsets can connect to a network thanks to the Mobile VR-Headsets. The system is developed by IA-Space staff members Chris Elvis Leisi and Oliver Sahli. 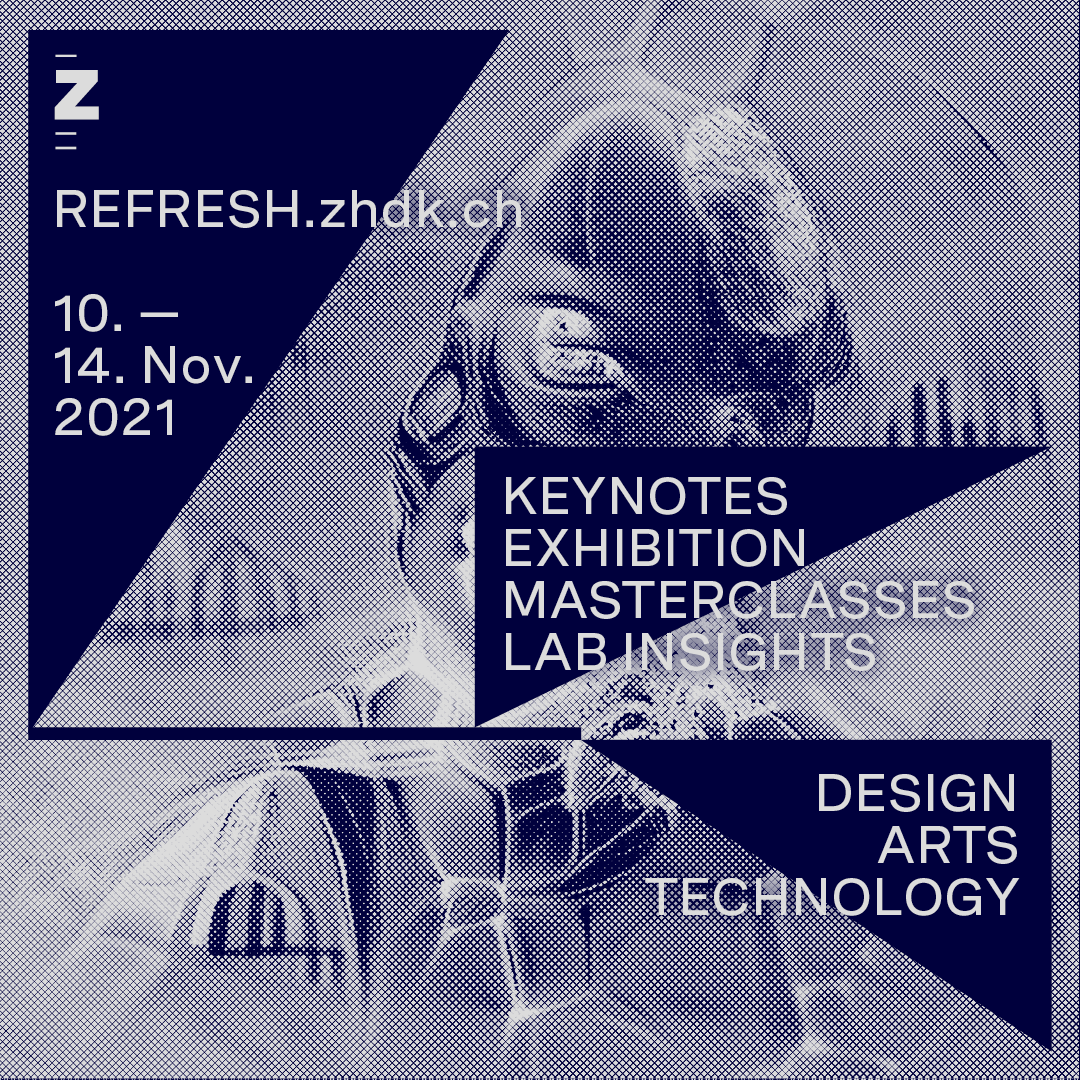 The fourth edition of the REFRESH conference will take place between November 10th and 14th 2021 at Toni Areal, featuring keynotes, an exhibition, masterclasses and Lab Insights of the Immersive Arts Space. [more] 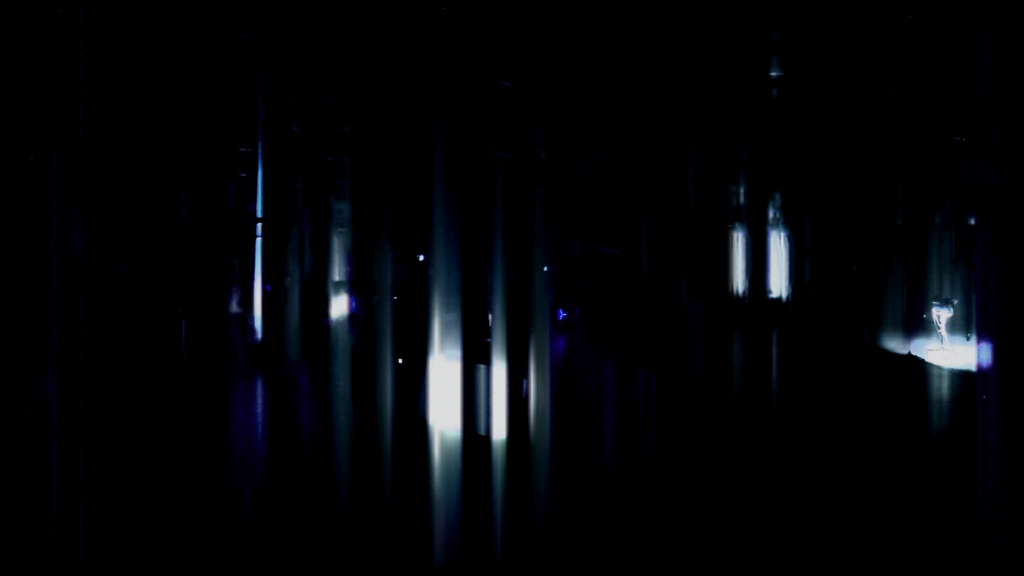 Jordan Juras and Davide Luciani – Artists in Residence at the Immersive Arts Space and ICST – will present their work “Focal Field” on October 22nd in the IAS. It`s the end of their residency at Zurich University of the Arts, which started in summer of this year. More information and tickets here

The new lecture series with speakers from all five departments of the Zurich University of the Arts will start on October 12th. The focus will be on immersion and embodiment in Fine Arts, Design, Film, Performing Arts and Music. [ more ] 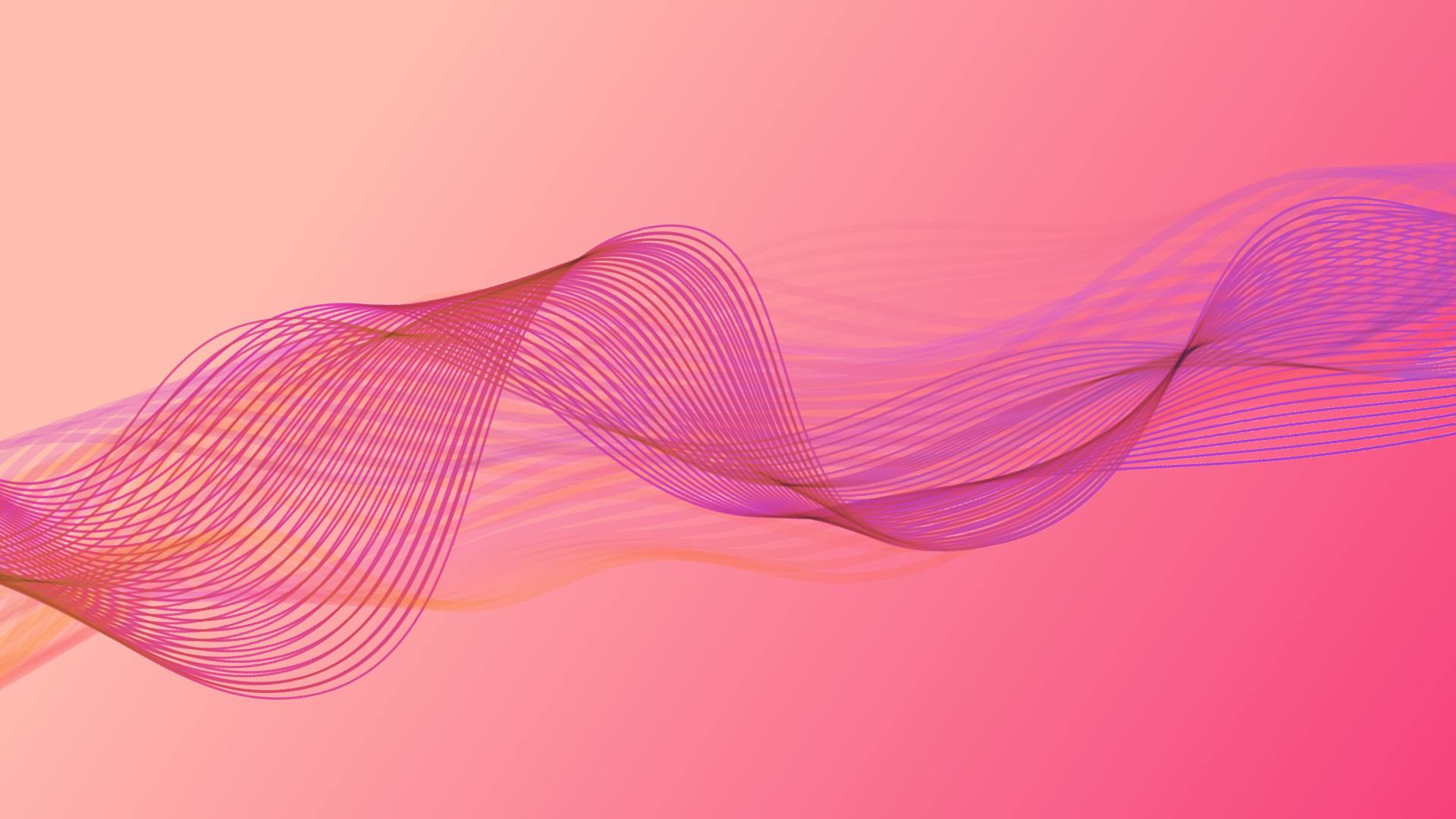 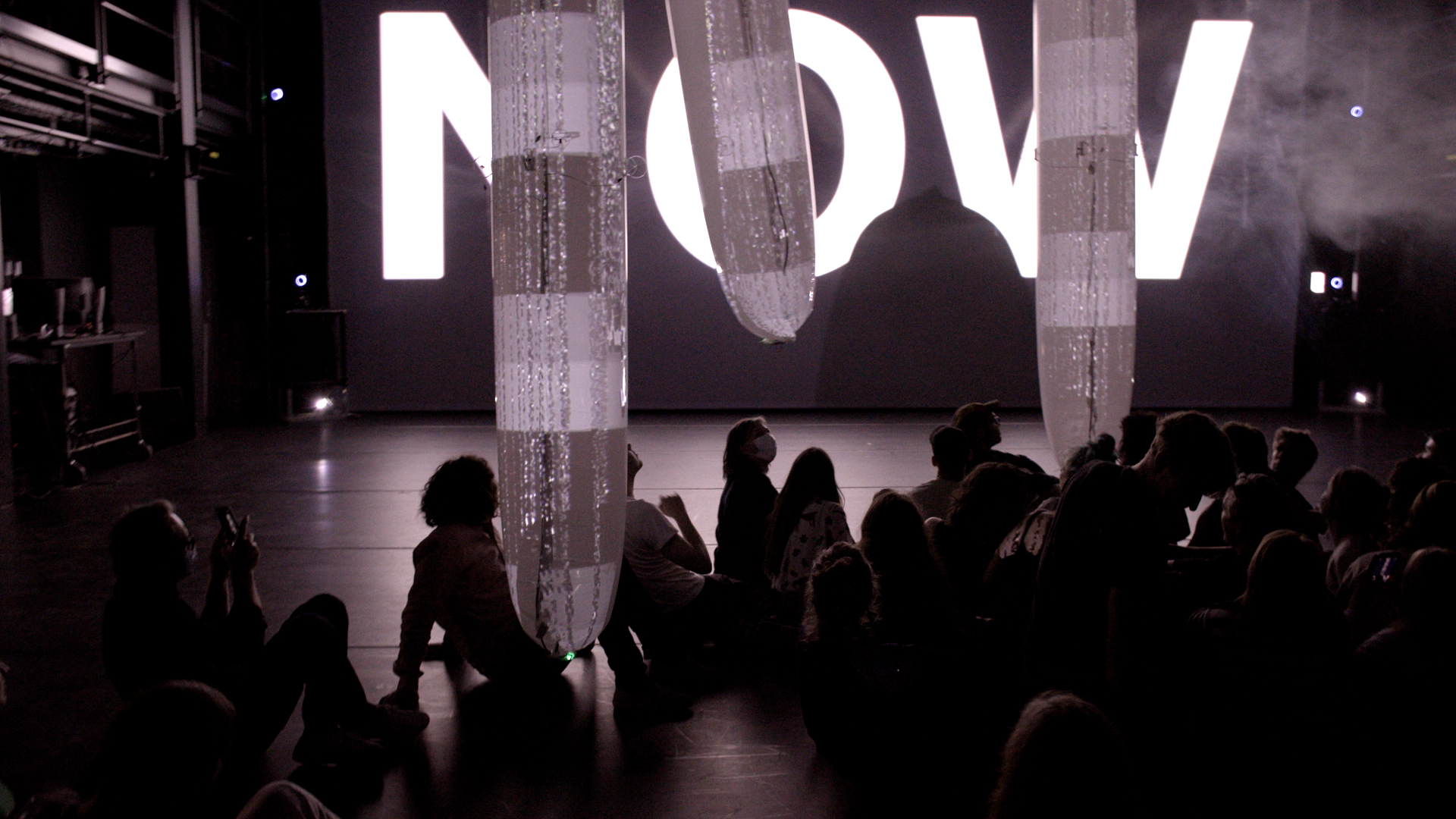 Two of this year’s university-wide interdisciplinary workshops took place in the Immersive Arts Space in September. The so-called Z-modules last for two weeks, and students from all departments work on joint projects. [ more ].

After having won the Storyscapes Award of the immersive competition at the prestigious Tribeca Film Festival in New York, the VR experience KUSUNDA by our former filmmaker in residence Gayatri Parameswaran continues its festival journey. The documentary experience about a dormant language in Nepal was part of the Best Of selection at the 78th Venice International Film Festival from 1-19th Septemer 2021 and will be part of the DocuLab VR selection at the International Documentary Film Festival IDFA in Amsterdam, 17th – 28th November 2021. Gayatri worked on her documentary experience partly in the Immersive Arts Space in 2020, where she created 3D animations using motion capture technology. [ more ]