Take a look at the exchange in Suchum/i with Doris 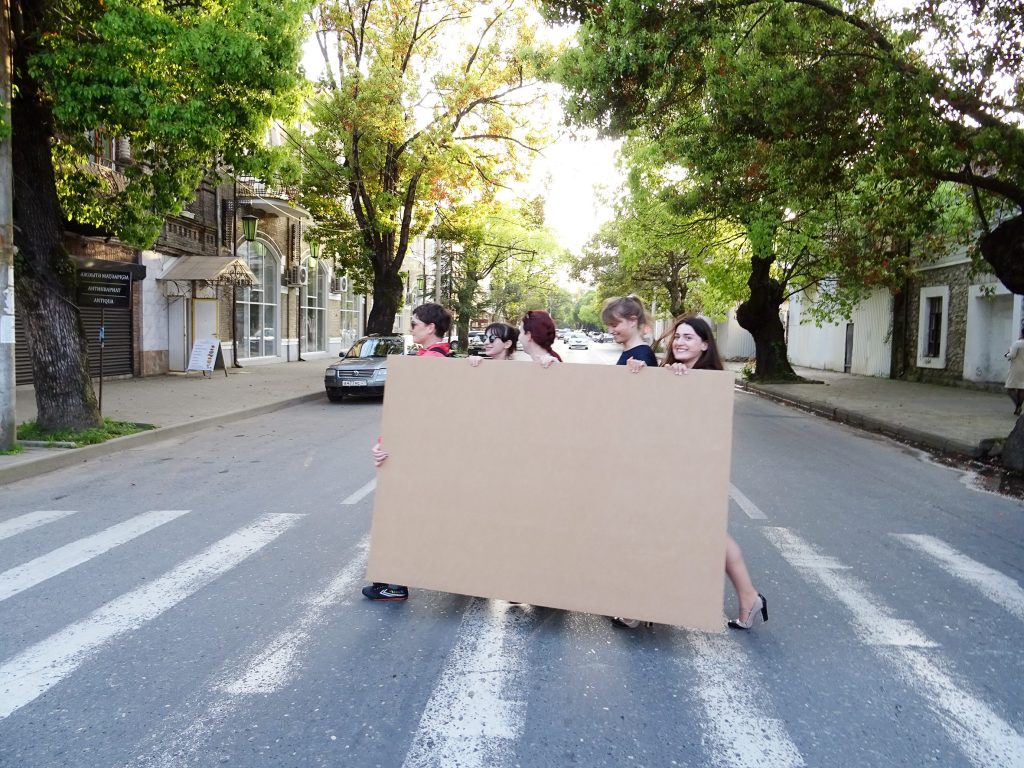 It was a great experience to meet the students from Suchum/i. On the first day we had the task to buy and collect different materials in Sukhum/i. That was funny and interesting, but not as easy as we thought at first. But it gave me an idea of which materials are available, and which are not common – especially for artworks.
I also learned in the first week that they use other techniques to work with children. When we were trying to get some glue for papier mâché, my team and I went to the market, where there are professional shops for decoration. I thought it would be easy, because in my childhood everyone had done a mask or other handicrafts of papier mâché. But even in the wallpaper shops they did not know that children can do handicrafts with paste and paper. But finally we got two packets of paste.
I liked to work with papier mâché, because I wasn’t used to it at all. It’s a technique that I had not worked with since I was a little girl. 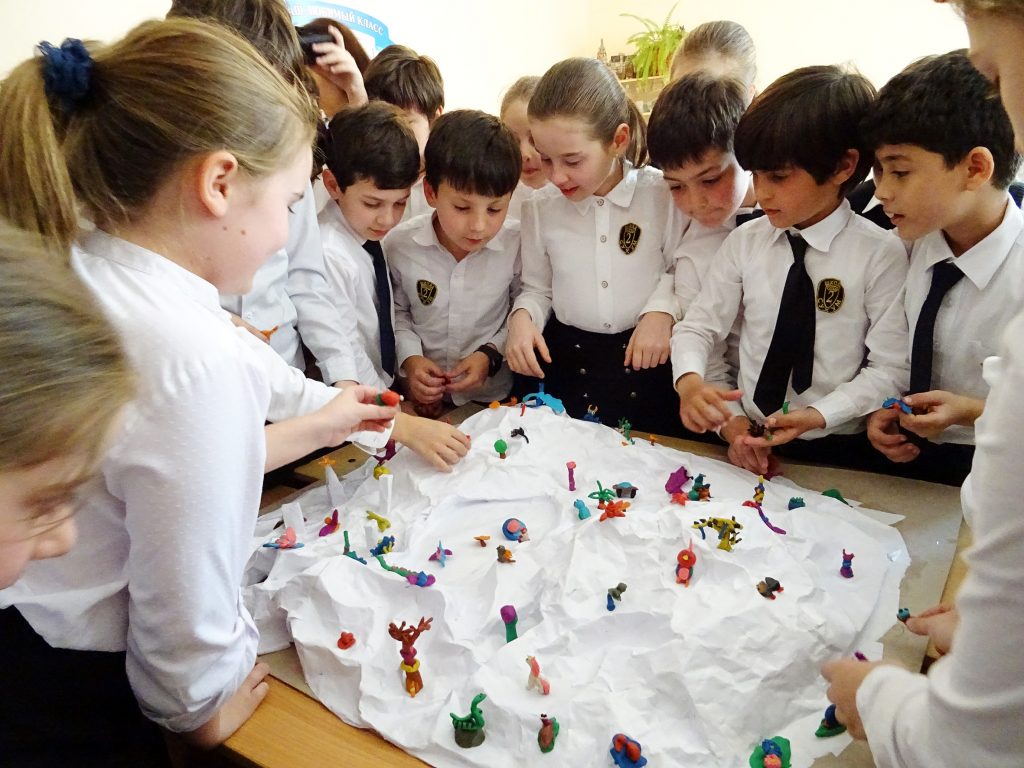 It seemed to me that the pupils had really enjoyed our lessons. At least they answered our question, whether they would have liked more of these lessions, with a clear and loud “DA!” in the loudness of 30 children. That encouraged me a lot.
To be honest, I do not know what the kids learned in our lesson. I do not even know what, according to the local curriculum, eight to ten years old kids here should be able to do. I don’t even know that about Swiss pupils. Until now I was always concerned with teenagers. But I’ve noticed that some of the younger pupils worked with the plastiline like it was paint. The creatures and trees they created were very flat and they could hardly be placed upright. But at the table in their group, they could see that other pupils gave the figures more volume. I hope they learned something by comparing their work with the others. Therefore I think our decision to work in the topic of alien planets and creating with plastiline wasn’t so wrong. I definitely loved all the imaginative and artful creatures they built in our lessons. 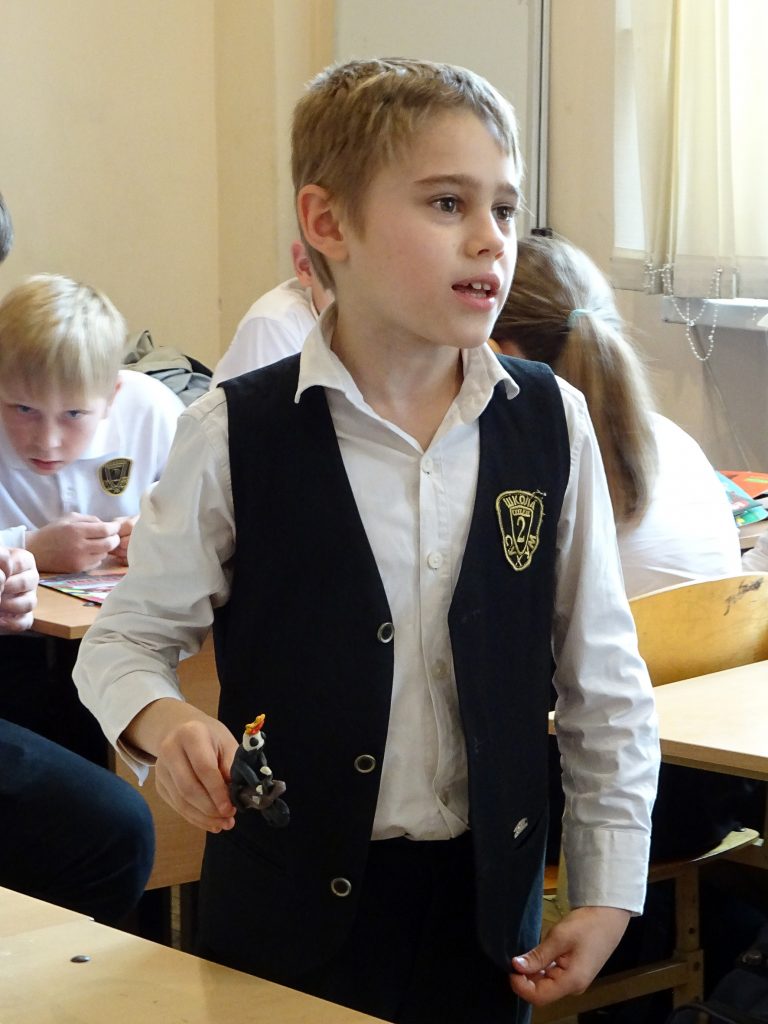 At the end of the lesson the pupils were eager to show to us what they had created. I was impressed by the presentation skills of the pupils – also of the little ones. Many of them showed no problems to talk about their idea and told a short story about the figure they had created. Unfortunately I wasn’t able to appreciate their story immediately, because I didn’t understand their language, and to get a translation would have taken too much time. Sometimes I felt ashamed about that. Because I think a teacher should listen attentively when a pupil is talking and should give a response or a feedback immediately. 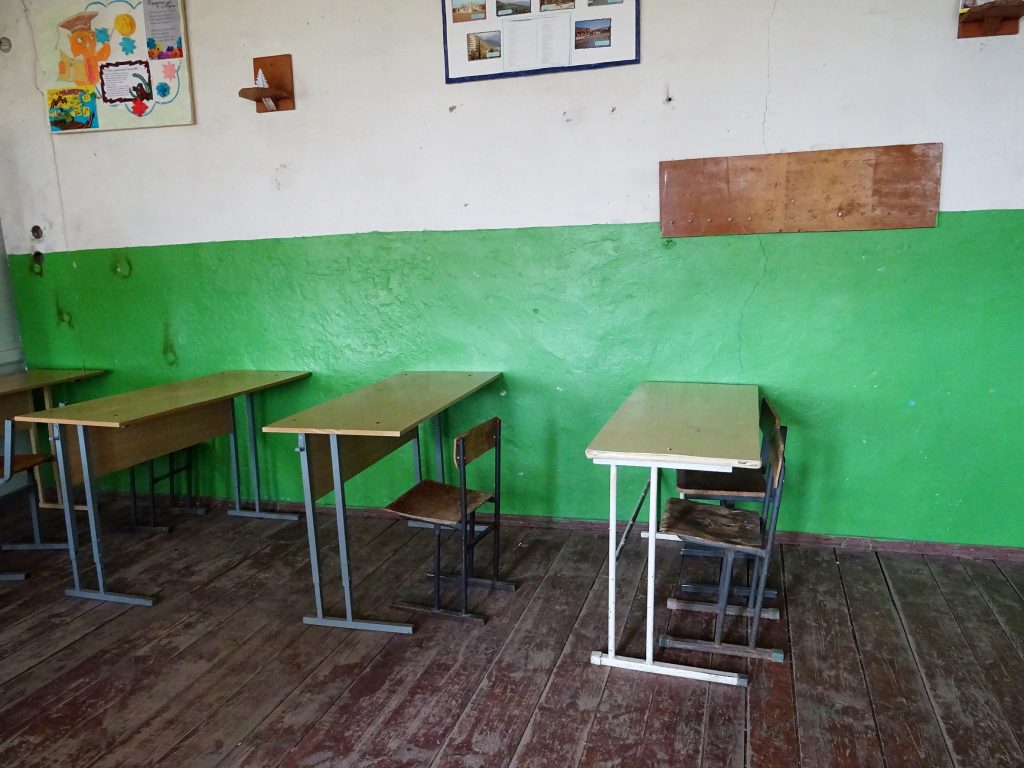 The visit of a school in the southeastern part of the region of Abkhasia was very impressive for me. The building and the infrastructure were not in such a good condition as in the school Nr. 2 in Suchum/i where I had been teaching. It seemed to me that this school had been forgotten in the last 25 years. I hope the drawing material we brought is really useful for them, and that at least one time, the pupils  will paint with it over the edge of the paper. 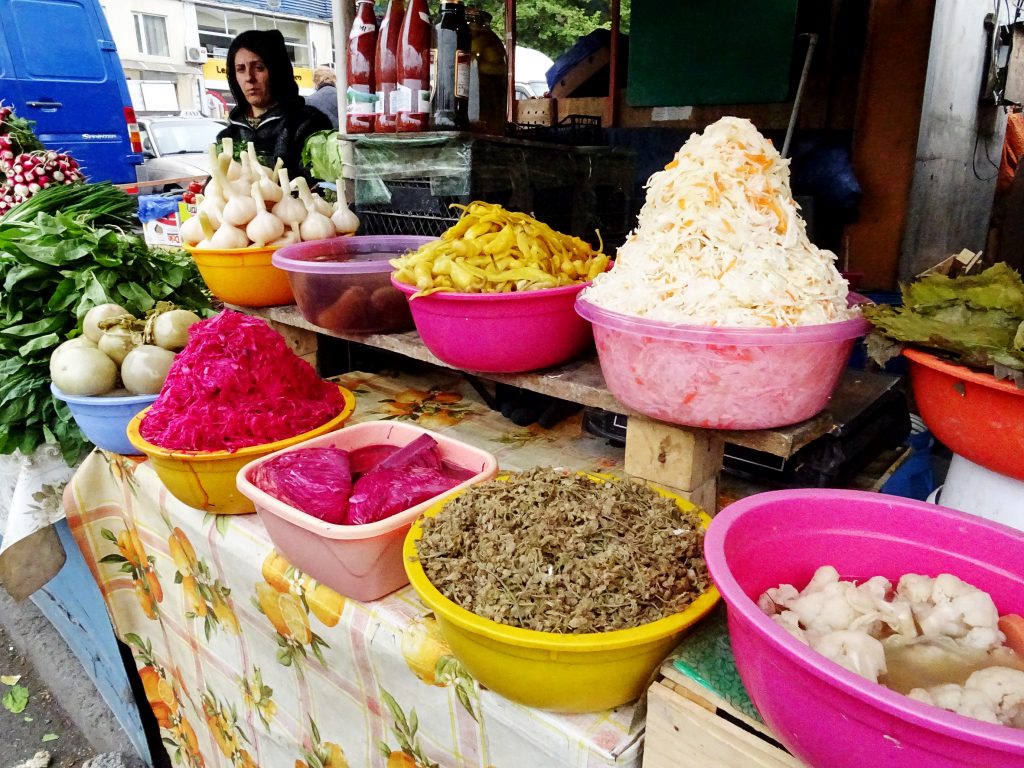 When we got back to Tiflis, I enjoyed to catch up on visiting the market. That’s something that I had missed out in Sukhum/i. I was overwhelmed of the colors and smells of the many fresh goods. It was a funny day, as it was Noras birthday. So there was always something to celebrate. And we met many nice people on our tour after the market. Maybe I just felt also a little relief that I could communicate with foreign people again without the help of any interpreters. At least a little bit.