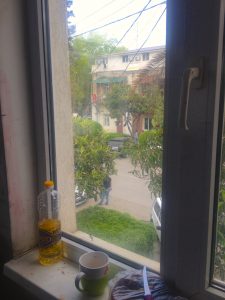 In the course of the process I try to describe, it became apparent that planning our collaboration in such a way that it left the initial starting point or subject open, resulted in exactly those hierarchical problems that one theoretically, in the honest conviction, sought to avoid: that there is always somebody who will take the lead. In most constellations, it was the students from Zurich who quickly drove the open process in a certain direction to get out of perplexity.

There were also structural reasons for this:  The team from Zurich had already met several times, before the cooperation partners came along.  And these came from different institutions. Equally strong was the fact that our cooperation partner lives in an isolated territory and was therefore open-minded, even wished for, something new – but actually we did as well!